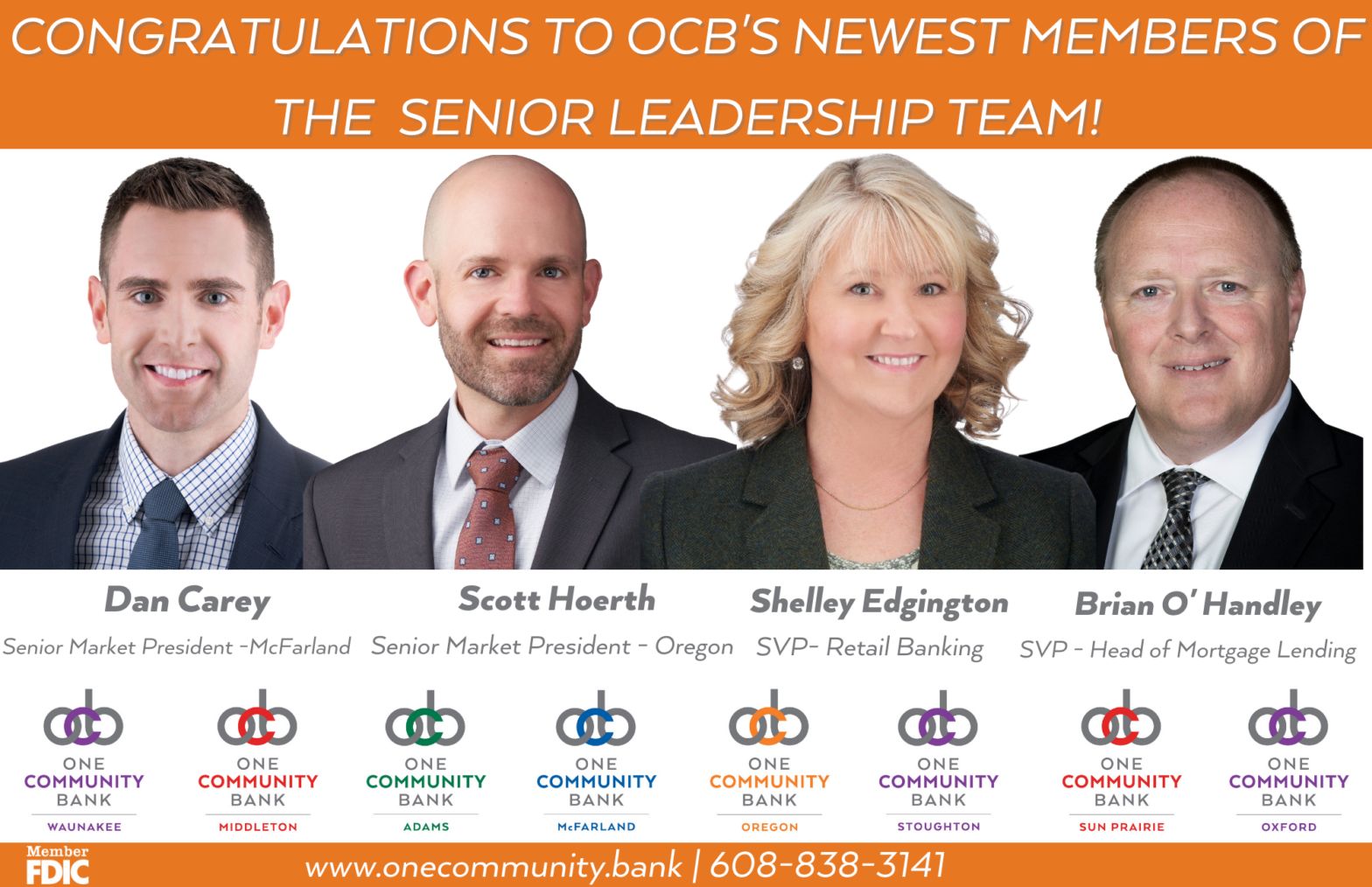 One Community Bank continues to believe in, support, and celebrate colleague development. As we enter 2022, this includes the promotion of several colleagues to the Senior Leadership Team at One Community Bank. OCB is thrilled to announce the expansion to its Senior Leadership Team with the following colleagues: Dan Carey, Shelley Edgington, Scott Hoerth, and Brian O’ Handley.

Dan Carey is Senior Market President – McFarland. Dan has been in the banking industry for a little over 10 years and has been with OCB since 2016. Dan started at the bank as AVP – Commercial Lending and has continued to grow within the organization. Dan has a strong focus on growing our McFarland Market and has recently taken on our new Middleton market as well.

Shelley Edgington is Senior VP, Retail Banking. Shelley has been in the banking industry for almost 37 years – with 35 of those years being celebrated with One Community Bank. Shelley started with the bank as a teller and has climbed the OCB ladder throughout her 35 years with the organization.

Scott Hoerth is Senior Market President – Oregon. Scott has been in the banking industry for over 20 years and has been with OCB for five years. Scott started at OCB as AVP – Commercial Lending. Scott has played a large role in helping to expand our Oregon Market.

Brian O’ Handley has been promoted to Senior Vice President – Head of Mortgage Lending. Brian has been in the banking industry for over 20 years and has been with OCB for a little over 3 ½ years. Brian’s new role involves overseeing all Mortgage Lending for the bank as well as all strategic planning responsibilities for the Mortgage Department.

“As an organization, we believe in the growth, development, and support of our colleagues. We look forward to seeing what the new group of Senior Leaders will accomplish for years to come, and how they will continue to support our clients, colleagues, and communities.” Said Steve Peotter, President and CEO. “Congratulations to all of these colleagues in their expanded roles!”